Christmas is almost upon us and books make a great present and can be part of Christmas traditions, like snuggling up on Christmas eve with a book. Here are a few of our picks of some of the wonderful Christmas themed books out there.

This charming novel by popstar-turned-novelist Tom Fletcher features a boy called William Trundle, Father Christmas and a very special dinosaur. It’s for slightly older children than his rhyming books about The Dinosaur who Pooed a Lot, but great for fans of fantasy and adventure books.

Perfect for younger children and written by the same author of ‘Dear Zoo’, this lift the flap book tells the tale of Santa trying to find the perfect present for the narrator.

This modern classic tells the tale of the Whos of Whoville and the reclusive Grinch who decides to ruin Christmas for everyone. It’s writing in Dr. Suess’s classic rhyming style which is great for young learners. Spoiler alert, he learns the true meaning of Christmas!

A farmer, who looks a lot like Father Christmas, gives presents to his animals, who are called One, Two, Three, Four and Five because he can count them on his hand. His animals get hidden in snow and your little one has to find them by lifting the flaps.

Mrs Pepperpot has a small problem- sometimes she goes to sleep as a normal size woman and wakes up tiny. In this story, she’s excited about Christmas and going to the Christmas market and uses her tiny size and powers of persuasion to get her husband to celebrate with her.

This poem was originally published in 1823 and is still a favourite for Christmas Eve. It popularised lots of today’s traditions surrounding Santa Claus such as the reindeer’s names and him being round and plump. 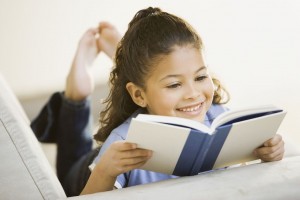